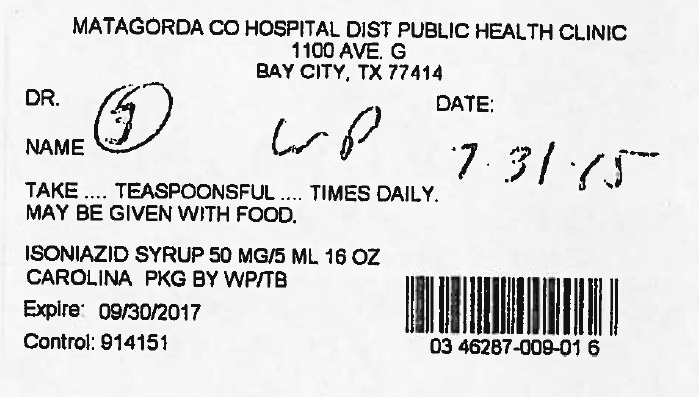 It is a well known fact that breastfeeding is best source of nutrition for infants. Breast milk provides minerals, vitamins and antibodies in most acceptable format when they need it. Nutrition taken by mother passes to breast-milk and same thing applies to medicines taken by mothers. Not all drugs cause problem for baby but some do. Lets analyze if Isoniazid Solution is safe for baby while breastfed.

What is Isoniazid Solution used for?

Is Isoniazid Solution usage safe while breastfeeding? If a lactating mother is using it can there be any effect on growth or development of infant?

Isoniazid is the only one ingredient used in manufacturing of Isoniazid Solution, Which makes it easier to analyze its effect in breastfeeding. As per our analysis of Isoniazid it is safe to use Isoniazid Solution while lactating. We suggest you to check further details below about Isoniazid usage in breastfeeding.
Statement of Manufacturer/Labeler about breastfeeding usage
Nursing Mothers: The small concentrations of isoniazid in breast milk do not produce toxicity in the nursing newborn; therefore, breast feeding should not be discouraged. However, because levels of isoniazid are so low in breast milk, they can not be relied upon for prophylaxis or therapy of nursing infants.

It is excreted into breast milk in clinically non-significant amount, in any case, much lower than the doses commonly used in newborns and infants (Snider 1984, Singh 2008). No significant problems have been observed in infants whose mothers were treated. (Drobac 2005). An infant whose mother was treated with anti-TBC drugs during pregnancy and lactation for 7 months, presented moderately high levels of liver transaminases along with a normal clinical and developmental course (Peters 2008). The plasma levels measured in any of those infants were undetectable or very low. Several medical societies and consensus of expert panels consider safe the use of this medication while breastfeeding (Dautzenberg 1988, Tran 1998, Blumberg 2003, Schram 2005, WHO 2007, Singh 2008, Baquero-Artigao 2015, Malhamé 2016).American Academy of Pediatrics: medication usually compatible with breastfeeding.WHO List of Essential Medicines 2002: compatible with breastfeeding. The addition of Vitamin B6 (Pyridoxine) to treatment of mother-infant dyad should be evaluated, especially in cases of malnutrition, diabetes, other diseases or a new pregnancy (Blumberg 2003, Steichen 2006, Baquero-Artigao 2015, 2016 Principi Di 2016).

The Centers for Disease Control and Prevention and other professional organizations state that breastfeeding should not be discouraged in women taking isoniazid. Nursing mothers who are taking isoniazid should take 25 mg of oral pyridoxine daily.[1][2][3] Because of the low levels of isoniazid in breastmilk and safe administration directly to infants, it is unlikely to cause adverse reactions in infants, but infants should be monitored for rare instances jaundice. Giving the maternal once-daily dose before the infant's longest sleep period will decrease the dose the infant receives. The amount of isoniazid in milk is insufficient to treat tuberculosis in the breastfed infant. If breastfed infants are treated with isoniazid, they should also receive pyridoxine 1 mg/kg daily.[4]

What should I do if already breastfed my kid after using Isoniazid Solution?

I am nursing mother and my doctor has suggested me to use Isoniazid Solution, is it safe?

Definitely, Isoniazid Solution is safe in lactation for baby. No wonder your doctor has recommended it.

If I am using Isoniazid Solution, will my baby need extra monitoring?

Who can I talk to if I have questions about usage of Isoniazid Solution in breastfeeding?